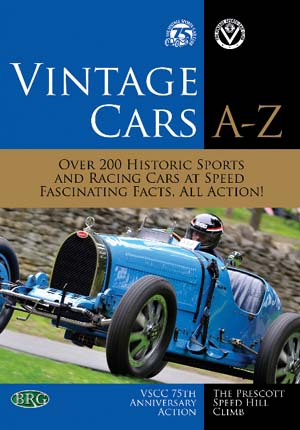 Over 200 vintage racers on the famous Prescott speed hill-climb. All filmed at the 75th Anniversary meeting of the VSCC, Britain's Vintage Sports Car Club. This is a feast of classic action served up at one of the most picturesque venues in motorsport.Every racing class is featured - from the tiniest 'cyclecars' to 100 year old dinosaurs with massive aeroplane engines! It is truly a motoring museum on the move! 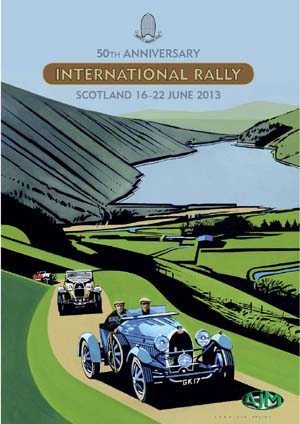 Over 100 Bugatti classics driving through glorious scenery in the summer sunshine - this was a wonderful experience with the most evocative of marques, Filmed at the International Rally of the Bugatti Owners Club, whose members brought their superb classics from all around the world to drive them through the border country with England and north into the spectacular landscapes of the Scottish Highlands. 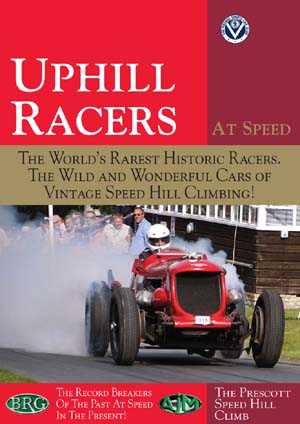 The fastest cars in the massively popular motor sport of speed hill climb racing vintage style! Competing cars vary from tiny, but surprisingly fast, Austin Sevens; through classic old Grand Prix racers like the British ERA, the French Bugatti and Maserati from Italy - and finally the 100 year old monsters from the pioneer years fitted with engines from early aeroplanes and used in the days of racing on the fearsome bankings at Brooklands. 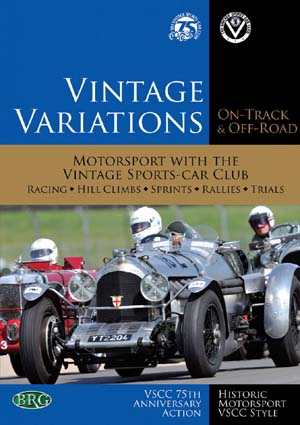 All the variety of vintage motorsport in a single programme, There's a taste of circuit racing at Silverstone, plus a visit to the Donington Park track for an exclusive test session with one of the rarest racers on the planet - the Mercedes Benz W159 that was the last of the legendary 'Silver Arrows' from the Grand Prix racing of the 1930s. Plus there are hill climbs from the classic British venues of Shelsley Walsh and Prescott, a rally in the Cotswolds and the Lakeland Trial. 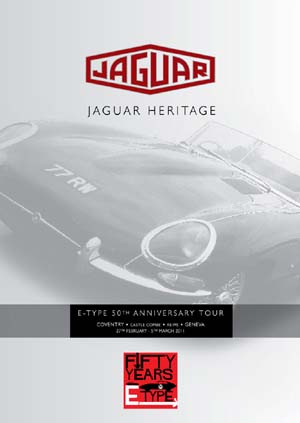 A rally celebrating the 50th birthday of the iconic E-Type Jaguar, We join a convoy of 50 E-Types to drive from Coventry, down through France and into Switzerland to where this most famous of Jaguars was first revealed to the world on the occasion of the 1961 Geneva Motor Show. On the way we join the drivers on race tracks at Castle Combe in England and Dijon in France as well as fitting our on-board cameras to a racing E-Type for a wintry blast over the Jura mountains.

Return of the Legends 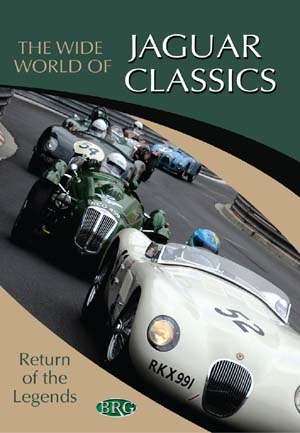 Classic Jaguar cars are revered all around the globe, so for this DVD we travelled thousands of miles to record these legends in high definition at some of the most colourful and spectacular historic motor sport events in the world. Come with us to: the Monaco Historic Grand Prix, the Mille Miglia, the Pebble Beach Concours d'Elegance, the Monterey Motorsports Reunion at Laguna Seca, the 2010 Monterey Historics Week Auctions and the Jaguar Drivers Club Concours at Woburn Abbey. 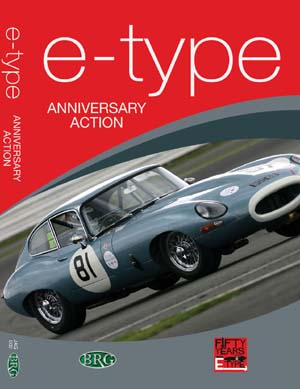 To celebrate the 50th Anniversary of the Jaguar E-Type there were special exclusive events for these cars in countries around the world. So we fitted our on-board cameras to the cars of the winners in E-Type Challenge races on both sides of the Atlantic - Jon Minshaw at Silverstone, the Nurburging and Oulton Park in Europe and Art Hebert at Laguna Seca in California. So come with us to the races and experience the action as seen through the driver's eyes. 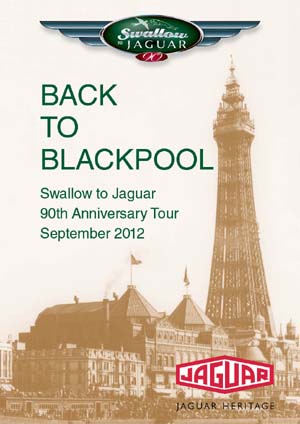 Back to Jaguar's birthplace in 2012 went a convoy of ninety classic cars to celebrate 90 years of the marque's history. Jaguar began life as the Swallow Sidecar company in the seaside town of Blackpool in the north west of Britain, so it was only natural that the rally of Jaguar owners would head there to celebrate the birthday. On the way they zig-zagged across England on a road trip that took in historic cities, vintage car, aircraft and train museums and some of the country's most beautiful scenery.

Donington Sunday 2012 from A. J. McKay Visual Production on Vimeo.